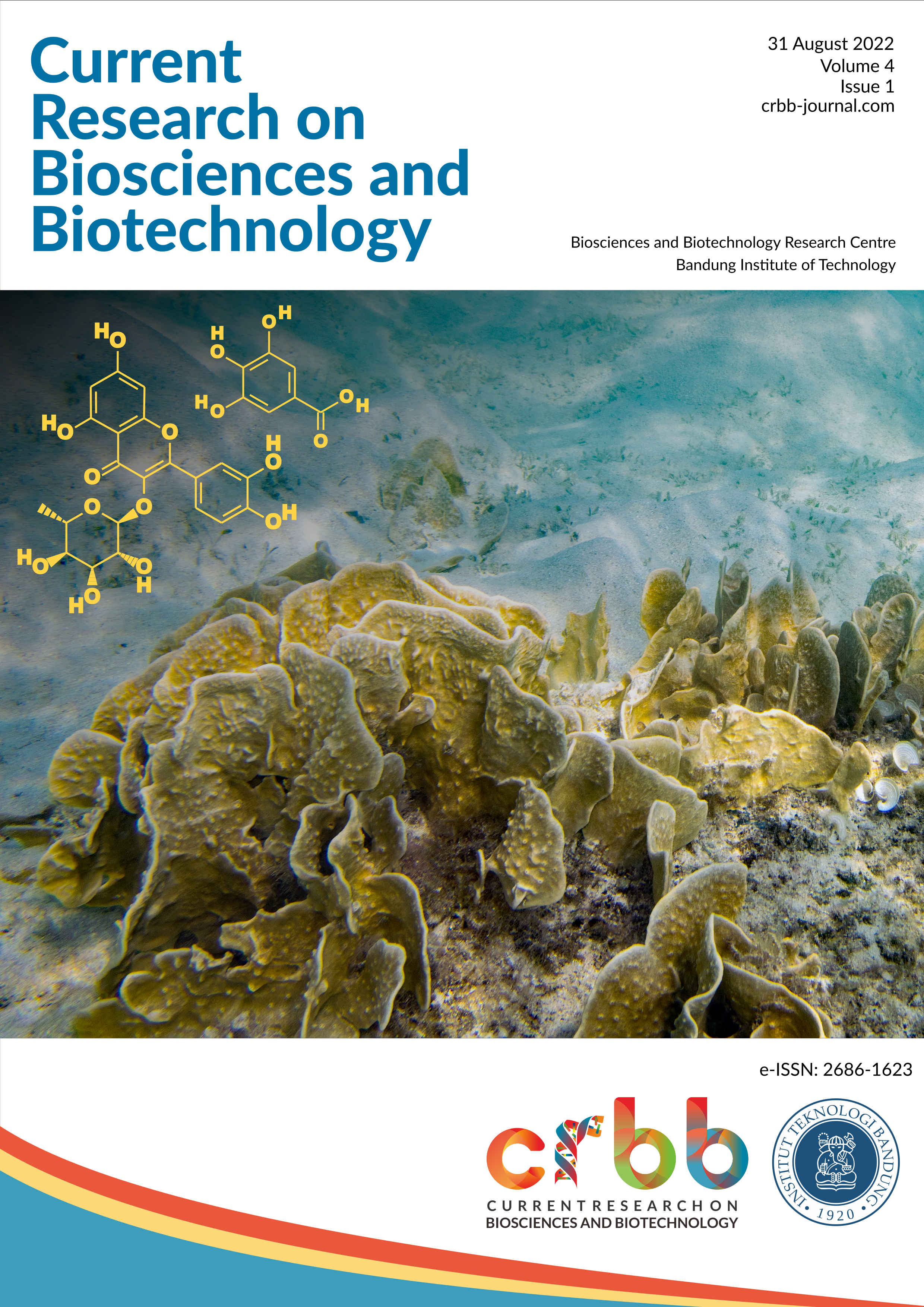 
Cancer is one of the diseases that cause the biggest death in the world. The research for natural compounds derived from marine is very developed at this time, especially in algae. Brown algae have more phenolic content than other types of algae, T. decurrens Bory is one of the brown algae that had taken from the Indonesian island of Dutungan, South Sulawesi. Phenolic groups are also known to be able to inhibit the growth of cancer cells. The purpose of this study is to isolate and identify compounds using spectrophotometer instruments. The isolates obtained were tested for anticancer activity against H460 and MCF-7 cells. Extraction was carried out by maceration method, fractionation was done by chromatography column eluent n-hexane:EtOAc: MeOH by increasing polarity. The structure determination is done based on the interpretation of FT-IR, 1D-NMR 1H,13C, and ESI-LCMS spectra data and anticancer activity test used MTT bioassay. The isolate is known as gallic acid, and the isolate was tested for anticancer activity against H460 and MCF-7 cells. The result is obtained IC50 value for H460 cells 5.69 μg/ml and MCF-7 cells 4.63 μg/ml. As a positive control used cisplatin with an IC50 value of 5.81 μg/ml against H460 cells and MCF-7 cells with a value of 5.59 μg/ml. Gallic acid has a higher toxic effect compared to cisplatin. One phenolic compound has been found in T. decurrens Bory which is gallic acid. Gallic acid has a higher toxic effect than cisplatin, this compound can be used as an anticancer agent.